3D
Scan The World
1,851 views 56 downloads
1 collection
Community Prints Add your picture
Be the first to share a picture of this printed object
0 comments

Block XXXII shows a chariot, marshal and in the car the remains of a soldier and charioteer. The soldier holds a large round shield on his left arm. The carriage of the chariot and the hub of a wheel are visible below. Metal reins, which are now lost, were inserted in drill-holes. 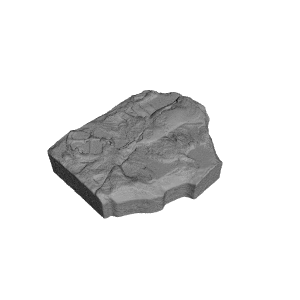