3D
360°
Featured Scan The World
3,439 views 408 downloads
4 collections
Community Prints Add your picture
Be the first to share a picture of this printed object
0 comments

The centaur brings a water-jar down on his opponent, who has left his defence open, in spite of the shield. The heads of these figures were taken by Capt. Hartmann (This guy), a member of the Venetian army that occupied Athens in 1688. This has since been restored.

The South metopes show the battle between Centaurs and Lapiths at the marriage-feast of Peirithoos. A Centaur, on the right, holding a large hydria raises both hands above his head. The Lapith, forced down, sits upon his chlamys. He has raised his shield to protect himself. 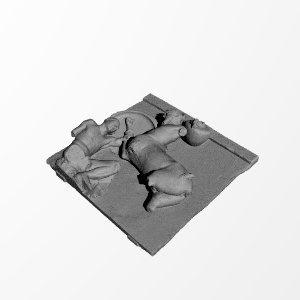