3D
Scan The World
2,699 views 139 downloads
3 collections
Community Prints Add your picture
Be the first to share a picture of this printed object
0 comments

The lapith was rendered in such high relief that the carving has broken free and is now lost . a drawing by Jacques carrey (1674) shows the missing Lapith, who attempts to escape the centaur's grasp, warding the monster off with his right arm. The centaur's head is in Wurzbug. 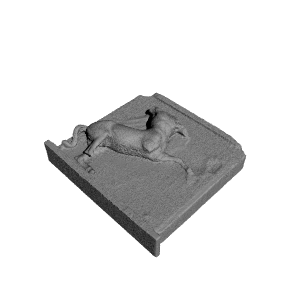