Parts of the stage front of the Odeon of Agrippa

3D
Scan The World
1,858 views 53 downloads
Community Prints Add your picture
Be the first to share a picture of this printed object
0 comments

Parts of the stage front of the Odeon of Agrippa

The Odeon of Agrippa was a large concert hall located in the centre of the Ancient Agora of Athens. It was built about 15 BC, occupying what had previously been open space in the centre of the agora. It was a gift to the people of Athens by Marcus Vipsanius Agrippa, a Roman statesman and general. This fragment is a part of the original stage. 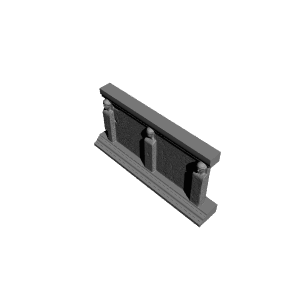