Patoruzito and Isidorito at History Road in Buenos Aires, Argentina

3D
Scan The World
6,562 views 440 downloads
Community Prints Add your picture
Be the first to share a picture of this printed object
0 comments

Patoruzito and Isidorito at History Road in Buenos Aires, Argentina

Isidoro Canyons is a comic of Argentina , created by Dante Quinterno . It was originally created as a secondary character Patoruzú , but eventually gained enough popularity to have its own story. The character reflects the "playboy greater Buenos Aires "and his life living with the bar, his beautiful young accomplice Cachorra, between Colonel Canyons (authoritarian uncle though quite ignorant of reality, substitute outdated father), and other characters add in each "madness" of Isidoro.. Patoruzito is a cartoon character created by Dante Quinterno for theeponymous magazine on 11 October 1945 . The artist responsible for Patoruzito was Tulio Lovato and the script was Mirco Repetto .

It was intended for young readers, representing childhood and adolescence Patoruzú . 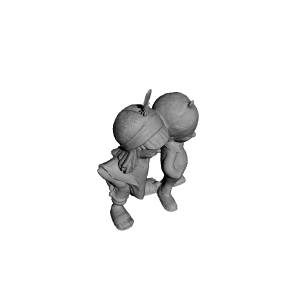 ×
0 collections where you can find Patoruzito and Isidorito at History Road in Buenos Aires, Argentina by Pallavi