3D
Scan The World
3,808 views 106 downloads
Community Prints Add your picture
Be the first to share a picture of this printed object
0 comments

The statue is made from granite and was unveiled in 1976 and was sculpted by Michael Black. The inscription on the fron of the bust reads:
"Paul Julius/ Reuter/ Born 1816 Kassel Germany/ died 1899 Nice France/ Founded the world/ news organisation/ that bears his name/ in No 1 Royal Exchange/ Buildings in the City/ of London near this/ site on 14 October 1851"

Paul Julius Reuter was born in Israel Beer Josaphat in Germany, but changed his name to Paul Julius Reuter upon his conversion to Christianity in 1845, a prerequisite to marrying the woman he loved. While working in a bank as a young man, he became a friends of local physicist Carl Friedrich Gauss, who was conducting experiments with his era's groundbreaking technology, the electic telegraph. Later Reuter became involved in the Revolutions of 1848, challenging the authority of the German Confederation with protests demanding freedom of the press and a national assembly, and after the monument was suppressed, he fled to France and later England, where he worked as a reporter. 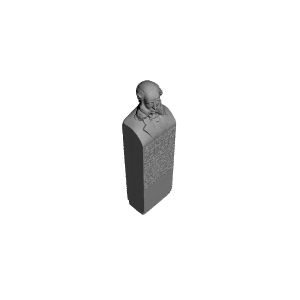 ×
0 collections where you can find Paul Julius Reuter, Royal Exchange, London by vincent_ar