3D
Scan The World
2,765 views 79 downloads
Community Prints Add your picture
Be the first to share a picture of this printed object
0 comments

Paul-Marie Verlaine (30 March 1844 – 8 January 1896) was a French poet associated with the Symbolist movement. He is considered one of the greatest representatives of the fin de siècle (end of the century) in international and French poetry. Much of the French poetry produced during the fin de siècle was characterized as "decadent" for its lurid content or moral vision. In a similar vein, Verlaine used the expression poète maudit ("cursed poet") in 1884 to refer to a number of poets like Stéphane Mallarmé, Arthur Rimbaud, Aloysius Bertrand, Comte de Lautréamont or Alice de Chambrier, who had fought against poetic conventions and suffered social rebuke or were ignored by the critics. But with the publication of Jean Moréas' Symbolist Manifesto in 1886, it was the term symbolism which was most often applied to the new literary environment. Along with Verlaine, Mallarmé, Rimbaud, Paul Valéry, Albert Samain and many others began to be referred to as "Symbolists." These poets would often share themes that parallel Schopenhauer's aesthetics and notions of will, fatality and unconscious forces, and used themes of sex (such as prostitutes), the city, irrational phenomena (delirium, dreams, narcotics, alcohol), and sometimes a vaguely medieval setting.

In poetry, the symbolist procedure—as typified by Verlaine—was to use subtle suggestion instead of precise statement (rhetoric was banned) and to evoke moods and feelings through the magic of words and repeated sounds and the cadence of verse (musicality) and metrical innovation. 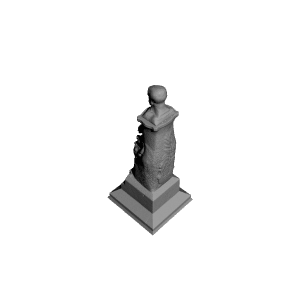 ×
0 collections where you can find Paul Verlaine at the Jardin du Luxembourg, Paris by Scan The World