3D
Scan The World
2,832 views 211 downloads
3 collections
Community Prints Add your picture
Be the first to share a picture of this printed object
0 comments

This modern limestone sculpture depicts Aphrodite, an ancient Greek goddess associated with love, beauty, pleasure, and procreation. She is identified with the planet Venus, which is named after the Roman goddess Venus, with whom Aphrodite was extensively syncretized. Aphrodite's major symbols include myrtles, roses, doves, sparrows, and swans. The goddess depicted with a dove sitting on her left hand. The dove is a symbol of peace, love and care 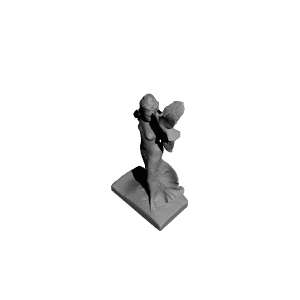