3D
360°
Scan The World
4,629 views 618 downloads
5 collections
Community Prints Add your picture
Be the first to share a picture of this printed object
0 comments

This skull is a composite reconstruction of the Homo erectus specimen recovered from the cave of Zhoukoudian near Beijing, China. Peking Man is an East Asian subspecies of Homo erectus that evolved into modern Han Chinese. This fossil was discovered in 1923 during excavations in Zhoukoudian cave system outside of Beijing. This skull is dated to around 750000 years old and represents an important lineage of humans, helping modern scientists explain the range expansion of Homo erectus and the modern human populations of China. Along with the skull, researchers also found evidence of tool usage and fire construction, which supports the idea that Homo erectus was the first hominid to use tools.
___________ 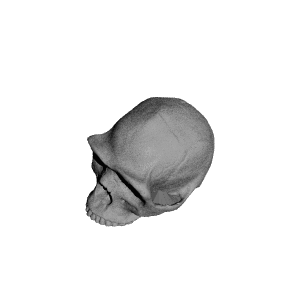 ×
5 collections where you can find Peking Man Skull by redpathmuseum