3D
Scan The World
1,332 views 40 downloads
Community Prints Add your picture
Be the first to share a picture of this printed object
0 comments

Born in Moscow, Russia (June 9, 1672), Peter the Great was a Russian, in the late 17th century who is best known for his extensive reforms in an attempt to establish Russia as a great nation. He created a strong navy, reorganized his army according to Western standards, secularized schools, administered greater control over the reactionary Orthodox Church, and introduced new administrative and territorial divisions of the country. 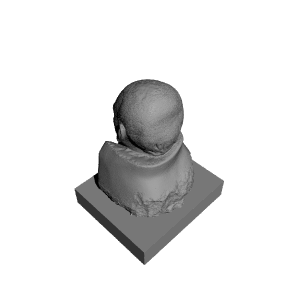