Wanderlust is back, now in its 3rd edition!

Petra (Arabic: البتراء, Al-Batrāʾ; Ancient Greek: Πέτρα), originally known to the Nabataeans as Raqmu, is a historical and archaeological city in southern Jordan. The city is famous for its rock-cut architecture. Another name for Petra is the Rose City due to the color of the stone out of which it is carved. It was named amongst the New7Wonders of the World in 2007 (from Wikipedia.org). Featured in this model is The Treasury.

MiniWorld 3D is excited to bring this historical model to life! All models are made by hand and brain from scratch in SolidWorks & Fusion 360 to ensure printability, please give credit, it's all about spreading culture and education!

MiniWorld 3D is the collection of 3D printable models of landmarks of the world. Our models are miniatures optimized for FDM household 3D printing.

Thanks to @stereolab.kw for the main photo. 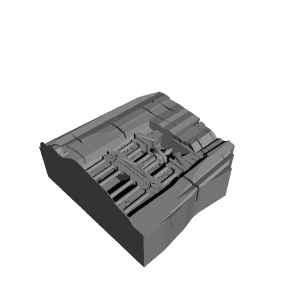 ×
35 collections where you can find The Treasury at Petra, Jordan by MiniWorld
×
Sam
@Samwise
4
Printed on: Creality CR-10 Mini
Material: PLA
Posted at: 15th November 2020

This model is amazing, the detail is great on a small scale, and it just looks so good in person. None of the images do it justice. I printed it at 1.2mm layer height. Just FYI, this print prints on its back. It took around eight hours, but the time was well worth it. It bridged great, I am still not sure exactly how this print bridged, but it did. If you are on the fence I would definitely recommend this print.