3D
Scan The World
2,447 views 144 downloads
Community Prints Add your picture
Be the first to share a picture of this printed object
0 comments

Amenemhat III also spelled Amenemhet III, was a pharaoh of the Twelfth Dynasty of Egypt. He ruled from 1860 BC to 1814 BC, the highest known date being found in a papyrus dated to Regnal Year 46, I Akhet 22 of his rule. His reign is regarded as the golden age of the Middle Kingdom. He may have had a long coregency (of 20 years) with his father, Senusret III. 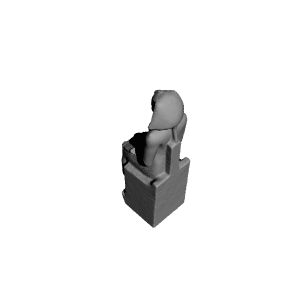