3D
Scan The World
1,743 views 62 downloads
Community Prints Add your picture
Be the first to share a picture of this printed object
0 comments

This phiale was probably taken from inside a church. Under the Byzantine empire, many churches were erected across Eastern Europe.

Engraved on the phiale one may distinguish a Patriarchal cross, which is a variant of the Christian cross. It is linked to Byzantine Greek and Eastern European iconography, as well as Eastern Orthodox churches. 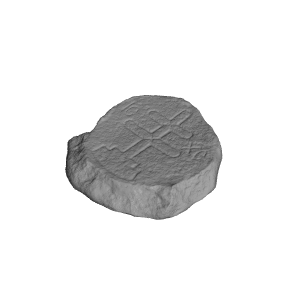