3D
Scan The World
2,448 views 71 downloads
Community Prints Add your picture
Be the first to share a picture of this printed object
0 comments

Philip Stanhope was the 5th Earl of Stanhope (1805-1875); a historian and statesman; successfully advocated the foundation of the National Portrait Gallery and became the first chairman of its trustees. It was sculpted out of Marble after a bust of Lawrence Macdonald in 1854 by Henry Hugh Armstead. 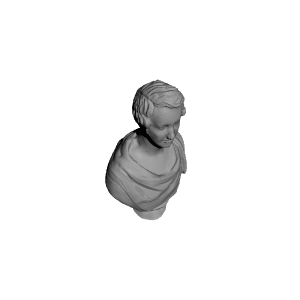 ×
0 collections where you can find Philip Stanhope at The National Portrait Gallery, London by Scan The World