Philopoemen at The Louvre, Paris

Philopoemen at The Louvre, Paris

Philopoemen (Greek: Φιλοποίμην, Philopoimen; 253 BC, Megalopolis – 183 BC, Messene) was a skilled Greek general and statesman, who was Achaeanstrategos on eight occasions.

From the time he was appointed as strategos in 209 BC, Philopoemen helped turn the Achaean League into an important military power in Greece. He was called "the last of the Greeks" by an anonymous Roman.

Read more about the life of Philopoemen on Wikipedia here. 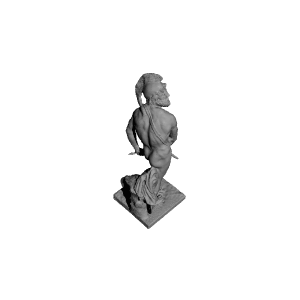 ×
3 collections where you can find Philopoemen at The Louvre, Paris by Scan The World
×
Huha
@Loll
2
Printed on: Form 2
Material: Resin
Posted at: 09th February 2019