3D
3,117 views 169 downloads
Community Prints Add your picture
Be the first to share a picture of this printed object
0 comments

Is this cup taller than it is around? How do you think the height of the cup compares to its circumference?

If you ask your friends and don't let them measure, most of them will say that the cup is much taller than its circumference. However, this cup is actually SHORTER, and we can prove it with the help of the number pi.

To see the proof and learn how this model was made using the new features in OpenSCAD 2015.03, go to Hacktastic:
http://mathgrrl.com/hacktastic/2015/03/pi-day-openscad-celebration/ 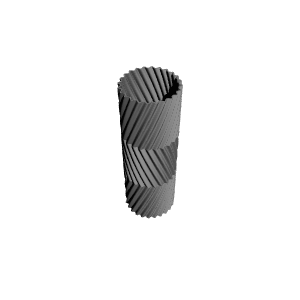 ×
0 collections where you can find Pi Illusion Cup by mathgrrl