3D
Scan The World
1,140 views 40 downloads
Community Prints Add your picture
Be the first to share a picture of this printed object
0 comments

Plaster cast of the skull of an extinct type of pig, from the Siwalik Hills of northern India. This was a part of a collection of casts presented to Ludlow Museum in the 1840s and 1850s by the East India company. 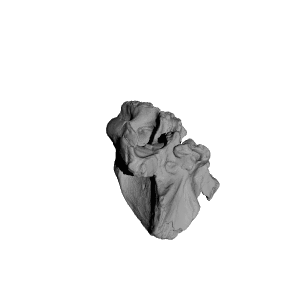