3D
Scan The World
1,360 views 81 downloads
Community Prints Add your picture
Be the first to share a picture of this printed object
0 comments

This console, with acanthus leaves and other Renaissance decoration, came from a fort on the Adriatic coast. The fort was commissioned by Giovanni della Rovere, Lord of Senigallia and nephew of Pope Sixtus IV. A corbel rather than a capital, the object would have been set in to the wall at the point where the vault of the ceiling meets the wall providing an aesthetic termination rather than any significant architectural support. 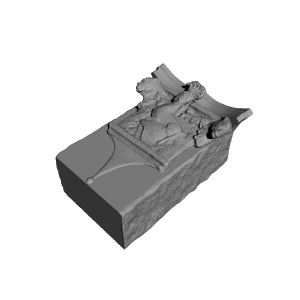