3D
360°
Scan The World
1,229 views 82 downloads
Community Prints Add your picture
Be the first to share a picture of this printed object
0 comments

This is a bust of Pindar, an Ancient Greek lyric poet from Thebes. Of the canonical nine lyric poets of ancient Greece, his work is the best preserved. Quintilian wrote, "Of the nine lyric poets, Pindar is by far the greatest, in virtue of his inspired magnificence, the beauty of his thoughts and figures, the rich exuberance of his language and matter, and his rolling flood of eloquence, characteristics which, as Horace rightly held, make him inimitable." His poems can also, however, seem difficult and even peculiar. The Athenian comic playwright Eupolis once remarked that they "are already reduced to silence by the disinclination of the multitude for elegant learning". Some scholars in the modern age also found his poetry perplexing, at least until the 1896 discovery of some poems by his rival Bacchylides; comparisons of their work showed that many of Pindar's idiosyncrasies are typical of archaic genres rather than of only the poet himself. His poetry, while admired by critics, still challenges the casual reader and his work is largely unread among the general public. 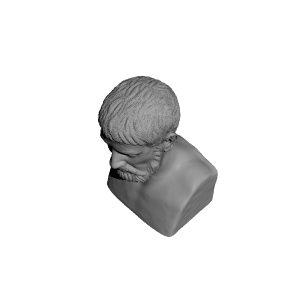 ×
0 collections where you can find Pindar by Scan The World