3D
5,323 views 251 downloads
1 collection
Community Prints Add your picture
Be the first to share a picture of this printed object
0 comments

The Pittsburgh Penguins are a professional ice hockey team based in Pittsburgh, Pennsylvania. They are members of the Metropolitan Division of the Eastern Conference of the National Hockey League (NHL). The franchise was founded in 1967 as one of the first expansion teams during the league's original expansion from six to twelve teams. The Penguins played in the Civic Arena, also known to Pittsburgh fans as "The Igloo", from the time of their inception through the end of the 2009–10 season. They moved into their new arena, Consol Energy Center, to begin the 2010–11 NHL season. They have qualified for four Stanley Cup Finals, winning the Stanley Cup three times in their history – in 1991, 1992, and 2009. 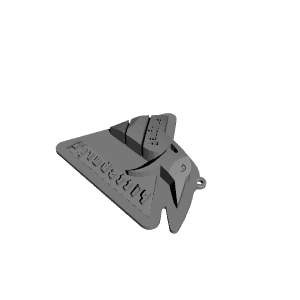