This object was made in Tinkercad. https://www.tinkercad.com/things/aoN7F939vUl

Pizco is a taco looking creature with three eyes and a buddy that looks like a marshmallow. Pizco lives on Planet Avery which looks like the moon except it’s purple and sometimes glows pink! Pizco is often the prey of wolves, eagles, and reptiles. Pizco is the size of  small rock. Pizco likes to eat beef, tomatoes, and marshmallows. He likes sunny days, but rainy days make him sleepy. Pizco dislikes humans (except for humans that don’t eat his friends) and does not make the best pet. Pizco’s favorite animal is his friend. His favorite food is tomatoes especially cherry tomatoes. His buddy is named Marshy and is not a marshmallow. Marshy is eaten by humans, turkeys, and zoo animals. Marshy is the size of a marshmallow, but he is not a marshmallow. He eats cookies, ice cream, and marshmallows. He doesn’t have many choices of food, but if he eats something else he will get very sick. He likes sunny days, but rainy days make him sad. Marshy does not like zoos because there are too many humans and zoo animals and he doesn’t want to be eaten. Marshy’s favorite animal is Pizco. His favorite food is ice cream especially purple cow ice cream. 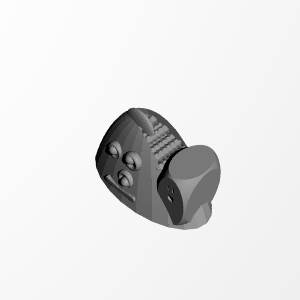 ×
0 collections where you can find Pizco by Val1