3D
5,461 views 265 downloads
1 collection
Community Prints Add your picture
Be the first to share a picture of this printed object
1 comments

This is Plankton from the new spongebob film. I had a lot of fun posing and creating this object! 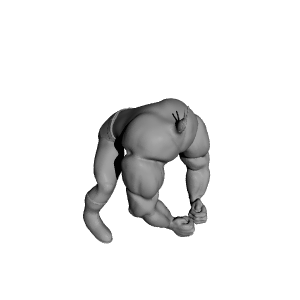