Plaster bust of Alfred Tennyson at The Collection, Lincoln, UK

3D
Scan The World
5,678 views 333 downloads
1 collection
Community Prints Add your picture
Be the first to share a picture of this printed object
0 comments

Plaster bust of Alfred Tennyson at The Collection, Lincoln, UK

A bust of Poet Lord Alfred Tennyson stands in Poets' Corner in Westminster Abbey on August 5, 2009 in London. Lord Tennyson, Poet Laureate, was born in Somersby, Lincolnshire on August 6, 1809. He died on October 6, 1892 and was buried in the Abbey on October 12th in a ceremony attended by thousands of mourners. 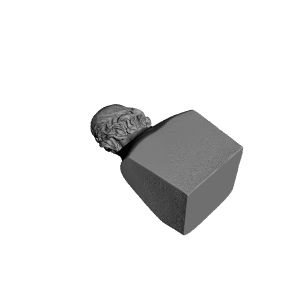 ×
1 collections where you can find Plaster bust of Alfred Tennyson at The Collection, Lincoln, UK by Threedscans