3D
Scan The World
3,568 views 205 downloads
1 collection
Community Prints Add your picture
Be the first to share a picture of this printed object
0 comments

The Walker Art Gallery has a group of plaster cast copies of the Elgin Marbles. The Elgin Marble casts were presented to the Liverpool Royal institution in 1821 by King George IV And transferred to the Walker in 1839. The marble originals, dating from the 5th century bC, were removed from the frieze of the Partehnon in Athens in 1801-3 by the 7th Earl of Elgin and purchased by the British governement in 1816. They are now at the British Museum in London. The Walker also has a group of casts of the Bassae Frieze relief sculptures. Some of these are displayed here up high on the other three walls. They were presented to the Royal institution in the early 1820s by the architect John Foster, and transferred to the Walker in 1893. The marble originals also in the British Museum, date form aroufn 400 BC. These came from the Temple of Apollo at Bassae in southern Greece. THey depict the bloodthirsty battles between the peace loving Lapiths and the brutal, drunken centaurs and the Greeks and the Amazons. 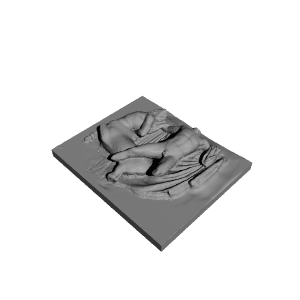