3D
Scan The World
1,724 views 57 downloads
Community Prints Add your picture
Be the first to share a picture of this printed object
0 comments

She is a very serious woman, pensive and meditative. She is often depicted holding a finger to her mouth, dressed in a long cloak and veil and resting her elbow on a pillar. She brings fame to writers whose works have won them immortal fame. Polyhymnia is also sometimes known as the muse of geometry, mime, meditation, and agriculture.

Polyhymnia ("the one of many hymns"), also spelt Polymnia (Πολύμνια) was in Greek mythology the Muse of sacred poetry, sacred hymn, dance, and eloquence as well as agriculture and pantomime. Her name name comes from the Greek words "poly" meaning "many" and "hymnos", which means "praise". She is depicted as very serious, pensive and meditative, and often holding a finger to her mouth, dressed in a long cloak and veil and resting her elbow on a pillar. Polyhymnia is also sometimes credited as being the Muse of geometry and meditation.

In Bibliotheca historica, Diodorus Siculus wrote, "Polyhymnia, because by her great (polle) praises (humnesis) she brings distinction to writers whose works have won for them immortal fame...". She appears in Dante's Divine Comedy: Paradiso. Canto XXIII, line 56, and is referenced in modern works of fiction.

Of Rhodes, a sculptor, several of whose works were placed in the temple of Apollo, adjoining the portico of Octavia at Rome. One of these statues was that of the god himself : the others were Latona and Diana, the nine Muses, and another statue of Apollo, without drapery. Within the portico, in the temple of Juno, was a statue of Venus, by the same artist (Plin. Nat. 36.5. s. 4.10). From this statement it is evident that Philiscus made some of the statues expressly for the temples, but whether at the time of their first erection by Metellus (B. C. 146), or of their restoration by Augustus more than a hundred years later, cannot be determined with certainty. Most of the writers on art place him at the earlier date ; but at all events he belonged to that period of the revival of art which, according to Pliny, began with the 155th Olympiad (B. C. 160), and which extended down to the time of the Antonines during which period the Rhodian school sent forth several of the best statuaries and sculptors, and Rome became a great seat of the arts. 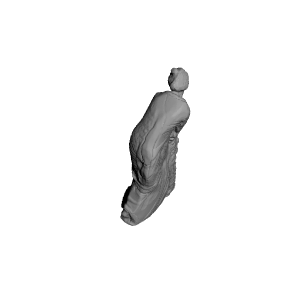 ×
0 collections where you can find Polyhymnia by Scan The World