3D
Scan The World
1,774 views 68 downloads
Community Prints Add your picture
Be the first to share a picture of this printed object
0 comments

This bust depicts Pope Benedict XIV (1675–1758), who served as the Pope of the Catholic Church from 17 August 1740 to his death in 1758. Perhaps one of the greatest scholars in Christendom, yet often overlooked, he promoted scientific learning, the baroque arts, reinvigoration of Thomism, and the study of the human form. 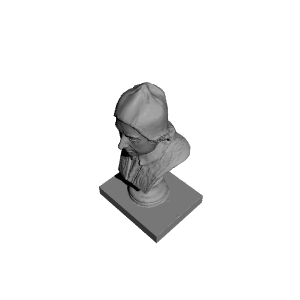