3D
Scan The World
4,972 views 188 downloads
1 collection
Community Prints Add your picture
Be the first to share a picture of this printed object
0 comments

Born in Rome of a family from Gubbio in Umbria who had come to Rome during the pontificate of Pope Innocent IX, he graduated from the Collegio Romano and followed a conventional cursus honorum, following his uncle Girolamo Pamphilj as auditor of the Rota, and like him, attaining the dignity of Cardinal-Priest of Sant'Eusebio, in 1629. 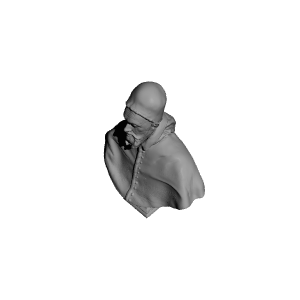