Porta Italica at The Olympic Park in Lausanne, Switzerland

3D
Scan The World
7,252 views 1,037 downloads
8 collections
Community Prints Add your picture
Be the first to share a picture of this printed object
0 comments

Porta Italica at The Olympic Park in Lausanne, Switzerland

The style of this beautiful marble sculpture is inherent with the works of Igor Mitoraj (March 26, 1944 – October 6, 2014), a Polish artist born in Oederan, Germany. Mitoraj's sculptural style is rooted in the classical tradition with its focus on the well modelled torso. However, Mitoraj introduced a post-modern twist with ostentatiously truncated limbs, emphasising the damage sustained by most genuine classical sculptures.

Mitoraj studied painting at the Kraków Academy of Art under Tadeusz Kantor. After graduating, he had several joint exhibitions, and held his first solo exhibition in 1967 at the Krzysztofory Gallery in Poland. In 1968, he moved to Paris to continue his studies at the National School of Art.

Shortly afterwards, he became fascinated by Latin American art and culture, spending a year painting and travelling around Mexico. The experience led him to take up sculpture.

His sculptures are exhibited worldwide often presented in public on a colossal, monumental scale and are well worth to be found! 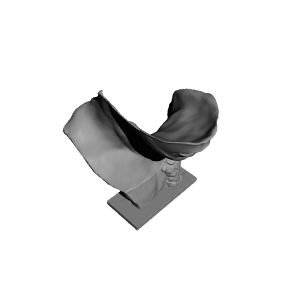 ×
8 collections where you can find Porta Italica at The Olympic Park in Lausanne, Switzerland by Scan The World