3D
Featured
8,812 views 432 downloads
6 collections
Community Prints Add your picture
Be the first to share a picture of this printed object
2 comments

The massivley popular stratergy game, Portal, was first released in 2007 and was so succesful a sequel was released in 2011. This Bookend is perfect for Portal fans, and anyone else who doesn't like messy bookshelves! One end features a man entering the portal, while the other features his head emerging through the other side - funky!

To those of you who haven't experienced portal before, here is a video:

Printed at 15% infill at 0.2mm resolution. No assembly required. Just print the parts, clean off the rafting and the small amount of support and you're done! 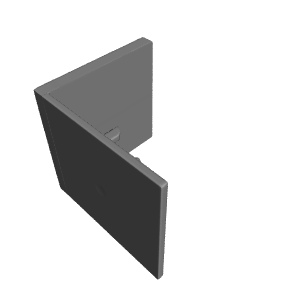 ×
6 collections where you can find Portal Bookends by fynngro