3D
Scan The World
2,092 views 102 downloads
1 collection
Community Prints Add your picture
Be the first to share a picture of this printed object
0 comments

This bust of a private individual has often been taken to represent one of the emperor Augustus’s descendants, notably his granddaughter Agrippina the Elder, whose hairstyle is closely imitated here. It provides a good illustration of the way in which official images of the emperor and his family influenced Roman private portraits. The bust may have been a dedication, possibly set up in a shrine within the family house. 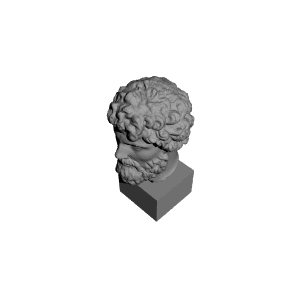