3D
Scan The World
3,540 views 169 downloads
Community Prints Add your picture
Be the first to share a picture of this printed object
0 comments

Catherine was the eldest of three children born to William I of Württemberg by his third wife and cousin Pauline Therese of Württemberg. Her two siblings were Charles I of Württemberg and Augusta, Princess of Saxe-Weimar-Eisenach. She also had two half-siblings from her father's previous marriage to Catherine Pavlovna of Russia: Marie and Sophie, the future Queen consort of the Netherlands 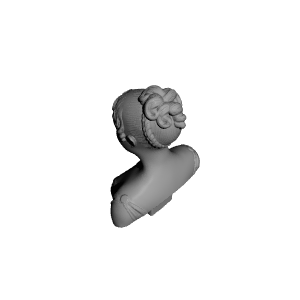 ×
0 collections where you can find Portrait Bust of Catherine, Princess of Wurtenburg by 3DLirious