Portrait head of the orator Demosthenes

3D
Scan The World
1,652 views 74 downloads
Community Prints Add your picture
Be the first to share a picture of this printed object
0 comments

Portrait head of the orator Demosthenes

Portrait head of the orator Demosthenes made of Pentelic marble and found in the National Garden, Athens. The head belonged to a statue of Demosthenes, a Roman copy of an original by the sculptor Polyeuktos.
The statue carved by Polyeuktos was erected near the Altar of the Twelve Gods in the Ancient Agora of Athens in 280 BC, in honour of the great Athenian orator. 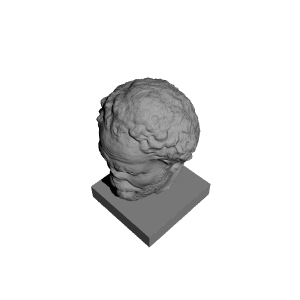