Portrait of a boy in helmet and armor

3D
Scan The World
1,442 views 34 downloads
Community Prints Add your picture
Be the first to share a picture of this printed object
0 comments

Portrait of a boy in helmet and armor

It's a boy which is represented with a ball instead of a body. 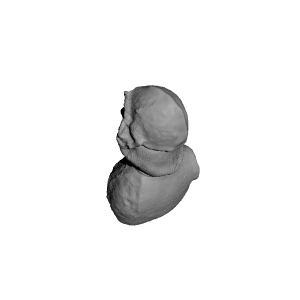