Portrait of a Man

3D
Scan The World
1,030 views 33 downloads
Community Prints Add your picture
Be the first to share a picture of this printed object
0 comments

Portrait of a Man

The figure's realistic features are typical of Republican portraiture while the treatment of the surface is reminiscent of 1st century A.D. works.

Because of this constrast the portrait has been interpreted either as an Imperial copy of a Republican original or the product of a Greek artist, influenced by the hellenistic tradition and activie in Rome around 40 B.C 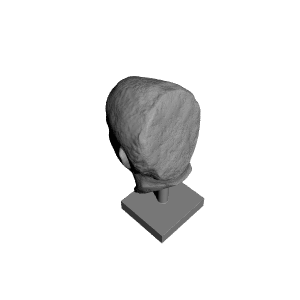