Portrait of a Priestess at The British Museum, London

3D
Scan The World
1,591 views 62 downloads
Community Prints Add your picture
Be the first to share a picture of this printed object
0 comments

Portrait of a Priestess at The British Museum, London

Karia, in south west Anatolia (modern Turkey), was ruled for much of the 4th century BC by the Hekatomnid dynasty, under Persian control. The most famous ruler of the dynasty, Maussollos, is best known for his great tomb, the Mausoleum at Halikarnassos. Like other satraps of the period, Maussollos forged links with both Greece and Persia to achieve his own political ambitions, and the dynasty was a great patron of sanctuaries in many parts of the Greek world.

This girl wears the court hairstyle and head-cloth of the Ketatomnid ruling dynasty. Maussollos of Karia has been credited with re-locating the new city of Priene in Ionia. There he may have initiated the building of the temple of Athena Polias, where this head was found. The head perhaps represents a young priestess of the cult of Athena Polias. 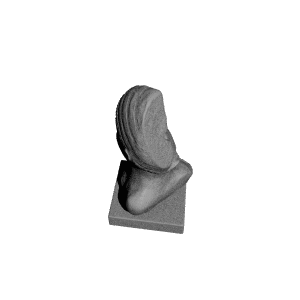 ×
0 collections where you can find Portrait of a Priestess at The British Museum, London by Scan The World