Portrait of a Roman at The State Hermitage Museum, St Petersburg

3D
Scan The World
1,938 views 70 downloads
Community Prints Add your picture
Be the first to share a picture of this printed object
0 comments

Portrait of a Roman at The State Hermitage Museum, St Petersburg

The development of Roman portraiture is characterized by a stylistic cycle that alternately emphasized realistic or idealizing elements. Each stage of Roman portraiture can be described as alternately "veristic" or "classicizing," as each imperial dynasty sought to emphasize a certain aspect of representation in an effort to legitimise their authority or align themselves with revered predecessors. These stylistic stages plaid off of one another while pushing the medium toward future artistic innovations. 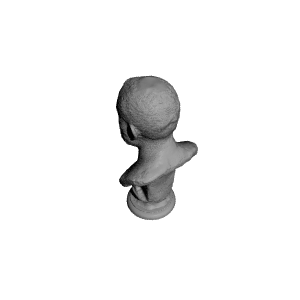 ×
0 collections where you can find Portrait of a Roman at The State Hermitage Museum, St Petersburg by Scan The World