Portrait of a Soldier

3D
Scan The World
2,040 views 127 downloads
1 collection
Community Prints Add your picture
Be the first to share a picture of this printed object
0 comments

Portrait of a Soldier

This portrait of a soldier is depicted inside of a frame,the unusual iconography is collocated outside of the Zurab Tsereteli Museum. Zurab Tsereteli is a famous Georgian-Russian sculptor and artist known for large-scale and at times controversial monuments. Tsereteli has served as the President of the Russian Academy of Arts since 1997. 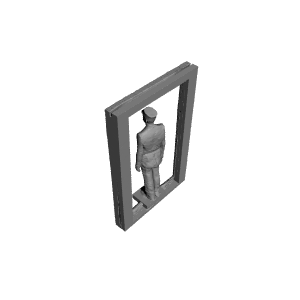