3D
Scan The World
2,041 views 70 downloads
Community Prints Add your picture
Be the first to share a picture of this printed object
0 comments

Cleanthes (c. 330 BC – c. 230 BC), of Assos, was a Greek Stoic philosopher and successor to Zeno, as the second head (scholarch) of the Stoic school in Athens. Originally a boxer, he came to Athens where he took up philosophy, listening to Zeno's lectures. He supported himself by working as water-carrier at night. After the death of Zeno, c. 262 BC, he became the head of the school, a post he held for the next 32 years. Cleanthes successfully preserved and developed Zeno's doctrines. He originated new ideas in Stoic physics, and developed Stoicism in accordance with the principles of materialism and pantheism. Among the fragments of Cleanthes' writings which have come down to us, the largest is a Hymn to Zeus. His pupil was Chrysippus who became one of the most important Stoic thinkers. 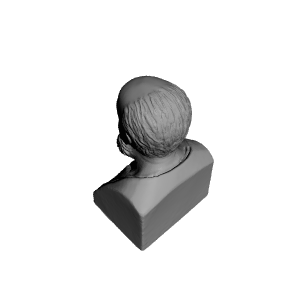 ×
0 collections where you can find Portrait of a Stoic at The State Hermitage Museum, St Petersburg by Scan The World