Portrait of a Strategist

Portrait of a Strategist

The figure's identity is hard to determine. Scholars believe it should be sought for among the great Greek generals of the late fifth century BC, such as Xanthippe's, Alcibiades, Lysander, Iphicrates and Conon.

This object is part of "Scan The World". Scan the World is a non-profit initiative introduced by MyMiniFactory, through which we are creating a digital archive of fully 3D printable sculptures, artworks and landmarks from across the globe for the public to access for free. Scan the World is an open source, community effort if you have interesting items around you and would like to contribute, email stw@myminifactory.com to find out how you can help 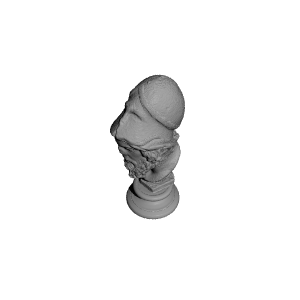