Portrait of a young woman

3D
Support Free Scan The World
1,911 views 199 downloads
1 collection
Community Prints Add your picture
Be the first to share a picture of this printed object
0 comments

Portrait of a young woman

It's a young woman which appears on this portrait.

High relief (or altorilievo, from Italian) is where in general more than half the mass of the sculpted figure projects from the background, indeed the most prominent elements of the composition, especially heads and limbs, are often completely undercut, detaching them from the field. The parts of the subject that are seen are normally depicted at their full depth, unlike low relief where the elements seen are "squashed" flatter. High-relief thus uses essentially the same style and techniques as free-standing sculpture, and in the case of a single figure gives largely the same view as a person standing directly in front of a free-standing statue would have. All cultures and periods in which large sculptures were created used this technique in monumental sculpture and architecture.

The glaze made his creations more durable in the outdoors and thus suitable for use on the exterior of buildings. His work is noted for its charm rather than the drama of the work of some of his contemporaries. Two of his famous works are The Nativity, c. 1460 and Madonna and Child, c. 1475. In stone his most famous work is also his first major commission, the choir gallery or "cantoria" in Florence Cathedral (1431–1438). 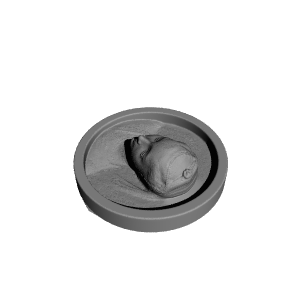