3D
Scan The World
2,653 views 117 downloads
Community Prints Add your picture
Be the first to share a picture of this printed object
0 comments

Ilka Pálmay (often erroneously written Ilka von Pálmay; 21 September 1859 – 17 February 1945), born Ilona Petráss, was a Hungarian-born singer and actress. Pálmay began her stage career in Hungary by 1880, and by the early 1890s, she was creating leading roles in opera and operetta at the Theater an der Wien in Vienna. She was married to Austrian Count Eugen Kinsky in the early 1890s.

In 1895, Pálmay began to perform in London, and in 1896 she created the leading role of Julia in Gilbert and Sullivan's The Grand Duke. In 1897, Palmay returned to Hungary and spent most of the rest of her long and successful career in Hungary and Austria. She continued to perform until 1928. 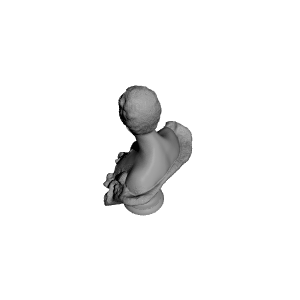