Portrait of Agrippina the Younger

3D
360°
Scan The World
1,922 views 145 downloads
1 collection
Community Prints Add your picture
Be the first to share a picture of this printed object
0 comments

Portrait of Agrippina the Younger

This is a bust of a Julio-Claudian princess, the so-called Agrippina, specifically Agrippina the Younger. Agrippina was a Roman empress and one of the more prominent women in the Julio-Claudian dynasty. Her father was Germanicus, a popular general and one-time heir apparent to the Roman Empire under Tiberius; and her mother was Agrippina the Elder, a granddaughter of the first Roman emperor Augustus. She was also the younger sister of Caligula, as well as the niece and fourth wife of Claudius.

Both ancient and modern sources describe Agrippina's personality as ruthless, ambitious, violent, and domineering. Physically she was a beautiful and reputable woman; according to Pliny the Elder, she had a double canine in her upper right jaw, a sign of good fortune. Many ancient historians accuse Agrippina of poisoning her husband Claudius, though accounts vary.[2] In AD 59 Agrippina was executed on the orders of her son, the emperor Nero. 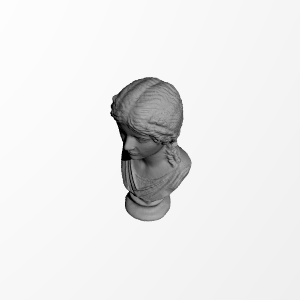