3D
Scan The World
1,854 views 73 downloads
Community Prints Add your picture
Be the first to share a picture of this printed object
0 comments

This is a study for Aleksandr Herzen's tombstone in Nice.

Aleksandr Ivanovich Herzen (Russian: Алекса́ндр Ива́нович Ге́рцен; April 6 [O.S. 25 March] 1812 – January 21 [O.S. 9 January] 1870) was a Russian writer and thinker known as the "father of Russian socialism" and one of the main fathers of agrarian populism (being an ideological ancestor of the Narodniki, Socialist-Revolutionaries, Trudoviks and the agrarian American Populist Party). He is held responsible for creating a political climate leading to the emancipation of the serfs in 1861. His autobiography, My Past and Thoughts, is often considered the best specimen of that genre in Russian literature. He also published the important social novel Who is to Blame? (1845–46). 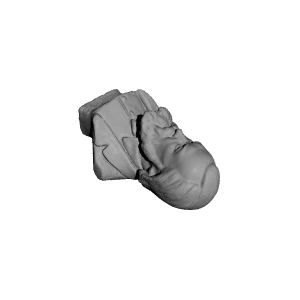 ×
0 collections where you can find Portrait of Aleksandr Herzen at The State Russian Museum, St Petersburg by Scan The World