Portrait of Alexander I

3D
Scan The World
1,964 views 112 downloads
1 collection
Community Prints Add your picture
Be the first to share a picture of this printed object
0 comments

Portrait of Alexander I

Russian Romantics — writers and artists alike — based their works on unusual stories suggested by real life, history and nature. The bust of Emperor Alexander I (1807) by Louis-Marie Guichard epitomizes the Romantic idea of the warrior of that period. Along with Russia’s highest decoration, the Order of St. Andrew, his uniform features an Order of St. George: members of the imperial dynasty were entitled to the St. Andrew Star by right of their birth, while the Order of St. George was awarded for personal courage in battle. Of all the Russian emperors, only Alexander I and Nicholas II earned the latter distinction.

Emphasizing the importance of unconstrained individuality, the Romantics were greatly interested in the inner workings of the human soul. Feelings and thoughts, anxieties and passions were the essential theme of Alexander Pushkin’s poetry, as well as portraits painted by the Romantic artists. Romantic portraitists (Orest Kiprensky and Alexander Varnek) strove to break loose from the routine of the everyday and to represent the individual at extraordinary, “singular” moments when he reveals most fully the best qualities of his soul (hence the emphasis on Russians who had heroically defended their motherland during the Patriotic War of 1812). 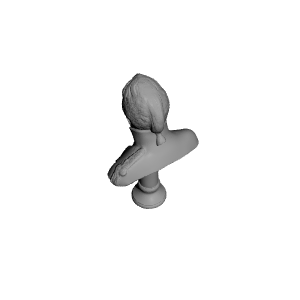