3D
Scan The World
2,075 views 64 downloads
1 collection
Community Prints Add your picture
Be the first to share a picture of this printed object
0 comments

Alexander the Great, also known as Alexander III or Alexander of Macedonia, (born 356 BCE, Pella, Macedonia [northwest of Thessaloníki, Greece]—died June 13, 323 BCE, Babylon [near Al-Ḥillah, Iraq]), king of Macedonia (336–323 BCE), who overthrew the Persian empire, carried Macedonian arms to India, and laid the foundations for the Hellenistic world of territorial kingdoms. Already in his lifetime the subject of fabulous stories, he later became the hero of a full-scale legend bearing only the sketchiest resemblance to his historical career. 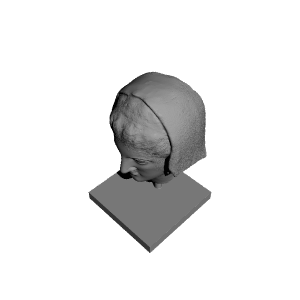