Portrait of an Elderly Man

3D
Scan The World
1,316 views 75 downloads
Community Prints Add your picture
Be the first to share a picture of this printed object
0 comments

Portrait of an Elderly Man

Expressive, over life-size paludamentum bust with the portrait head of a man, who was almost certainly a member of the Roman elite. Artistic and stylistic elements clearly indicate that our portrait was created in the Late Republican Period as a private portrait of a man and was reworked during the reign of Emperor Vespasian, thereby deliberately referring back to the ethical and political values of the Roman Republic and the Early Imperial Era. Historical repairs from the 19th cent.

In Republican and Imperial Rome, the paludamentum was a cloak or cape fastened at one shoulder, worn by military commanders and rather less often by their troops 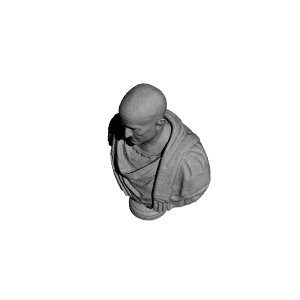