Portrait of an unknown woman

3D
Scan The World
1,472 views 56 downloads
Community Prints Add your picture
Be the first to share a picture of this printed object
0 comments

Portrait of an unknown woman

This head came with seven other unknown portrait sculptures in June 1850 by the Archaeological Society of the South of France for the Museum of the Antiques of Toulouse. The head collection to which it belonged had been joined in the eighteenth century by Pierre Magi, according to Father Magi, a numismatist and a historian. The head exposed here had been mounted by Alexandre Du Mege on a draped female statue discovered in the ancient wall of the former convent of the Poor Clares of Toulouse (today museum of the Catholic Institute).
Daniel Cazes, 2005. 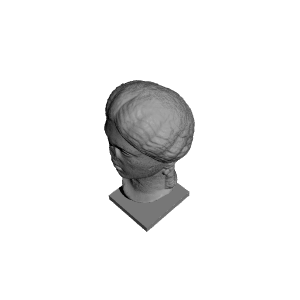