The work originates from The Townley Collection, one of the earliest works to arrive at The British Museum. Townley notes that the sculpture is "A head, larger than life, of Antinous, Deified in the character of Bacchus, being crowned with a weath of ivy" - this has been considered the accepted identity though there is no exact confirmation of this.

The original marble was found in Janiculine Hill (Rome), in 1770, alongisde fragments of the rest of the statue built into a wall on the Janiculine Hill. 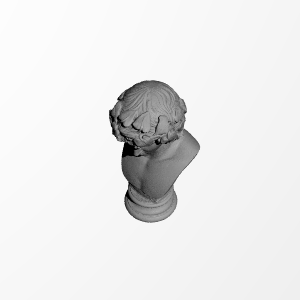 ×
12 collections where you can find Portrait of Antinous (as Dionysus?) by SMK - Statens Museum for Kunst
×
Rick Norris
@goaty_rn
1
Printed on: CraftBot 3D Printer
Material: PLA
Posted at: 27th November 2022