3D
Scan The World
1,629 views 63 downloads
Community Prints Add your picture
Be the first to share a picture of this printed object
0 comments

Portrait of Artist Petr Buchkin is part of the Muzeon Park of arts founded in 1992 and was originally conceived as a park of arts, to a large extent, thanks to a neighborhood with the Tretyakov gallery and the Central House of Artist as well as monuments of culture and architecture of the XVII-XX cc. In the nineties and zero years the park has become a favorite place for walks of Muscovites due to a convenient location and a well-groomed territory. There are over 700 sculptures in the Museon’s collection many of which are the outstanding monuments of the Soviet epoch, for example, a monument of Mukhina and Shadra’s work dedicated to Maxim Gorky or a fragment of Vychetich’s sculpture (copy) named “Stand to the death”. 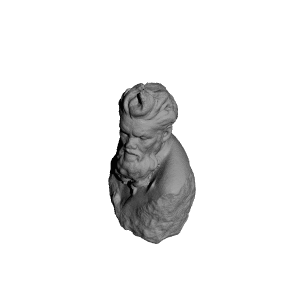