3D
360°
Scan The World
1,035 views 112 downloads
Community Prints Add your picture
Be the first to share a picture of this printed object
0 comments

Christoffer Wilhelm Eckersberg (2 January 1783 – 22 July 1853) was a Danish painter. He was born in Blåkrog in the Duchy of Schleswig (now in Aabenraa Municipality, in the southern part of Jutland in Denmark), to Henrik Vilhelm Eckersberg, painter and carpenter, and Ingeborg Nielsdatter. He went on to lay the foundation for the period of art known as the Golden Age of Danish Painting, and is referred to as the Father of Danish painting. 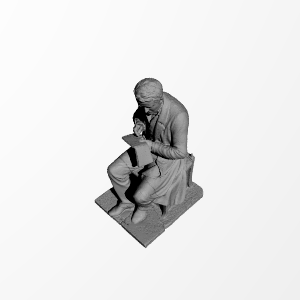 ×
0 collections where you can find Portrait of C.W. Eckersberg by Scan The World